Fractional Resurfacing means that 1 times of laser irradiation activates collagen in the skin by irradiating 100 to 1000 micro units or more per 1 cubic meter, prompting skin regeneration.Treatment to replace with new skin.

Fractional Resurfacing is not a surgical method, it is a laser device that uses lasers to replace new skin and treat scars (after scratches).

Fractional lasers are not only scars (after scratches)Acne scars,Pregnancy lineThe effect can be expected.

New concept for regenerating skin in a short time

However, Fractional Resurfacing is an attractive treatment that brings out more reliable effects by treating the skin by exchanging the skin and prompting the regeneration of collagen by irradiating the skin more than 1000 micro units per cm2 without peeling the skin. It is expected as an effective treatment. This laser is effective for a wide range of skin treatments.

Fractional Resurfacing is a new concept that regenerates the skin in a short time and can treat scars. Not only the treatment period and recovery period are short, but also you can expect fast recovery speed and skin improvement effect. Even the first treatment can feel a sufficient effect, and even after the treatment, it can be in daily life at all.

Cells coagulated by laser irradiation are replaced with healthy new skin by the natural healing power of surrounding cells. Unlike other lasers, the interval between lasers applied to the treatment site is constant, and the laser treatment is the most effective laser and has the effect of ensuring deep penetration into the skin accurately.

<Pregnancy line and others>

In the past, fractional lasers such as fluxel and bridge therapy (Uncore) were mainly treated with laser alone, but this hospital introduced growth factors, various vitamins, and antioxidants, A safe, effective treatment with little downtime has been realized without relying on laser-only invasion.
It is a treatment that arranges the shortcomings and downtime of bridge therapy.
It is not common sense to advance scab formation from the theory of wound treatment.

Although some clinics treat scab formation as a matter of course, scab formation is a condition that interferes with wound healing and is never acceptable, as is the treatment for scratches.

In Bridge Therapy, a relatively large and prominent scab remains for about 5 days, and redness lasts for about 1 to 3 weeks. However, it is impossible for scabs to remain for 5 days.
In other words, there are not a few cases where indifferent doctors are involved in the theory of wound treatment among medical institutions that conduct bridge therapy.
Leaving the scab as much as possible greatly reduces pain, reduces redness at an early stage, and shortens downtime.
It is dangerous that the idea that redness and scab are commonplace because of bridge therapy is prevalent.
It is the specialist's job to reduce downtime and control the skin wounds created artificially by bridge therapy.

This hospital is a medical institution that specializes in wound treatment, and provides treatment with a new treatment method and care system that compensates for the shortcomings of bridge therapy.

In particular, the Seras treatment at the Sasakae Clinic is effective in treating scars as well as acne scars, pregnancy lines, fine lines, and tightening. Innumerable fine laser light can reach the deep part, leaving normal cells. As a result, the cells exposed to the laser light coagulate, but the surrounding normal cells promote collagen remodeling to heal the coagulated cells and renew the skin.

In combination with laser therapy, a PDF treatment that suppresses sebaceous gland activity, and the introduction of GF Complex, a growth factor that further promotes collagen production, can realize a visible effect. 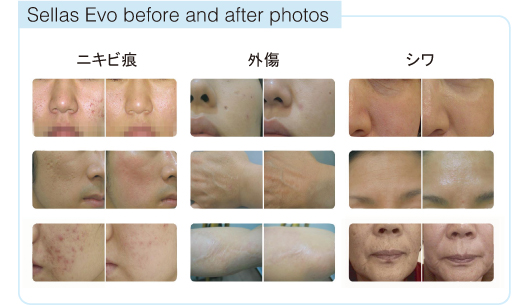 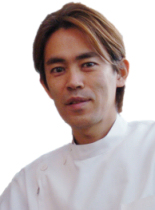